skip to main | skip to sidebar

Sheesh! What a crazy week.

It started off nice and normal, and then quickly turned into a mass of craziness by the end of the week.

I worked every day last week. On Thursday, Linds calls and tells me she is being monitored at the hospital (again). So I am in the middle of subbing and at lunch I call her, and find out she is having to be induced because her blood pressure is high and her platelets are way too low. Yea for a baby coming, but it was too early and it was on the worst day! I had her kids come to me after school and I took them all to my house. Sam's play performance was that night, I had all the kids, we had to be there an hour early for the play, and I wanted to be at the hospital! So I went and got them dinner. We sat in the gym waiting for the play to start for over an hour, then we watched the play. It was cute and even the kids liked it. Sam did a great job. He was the King's scribe, and he fit the part perfectly. Cute, cute. 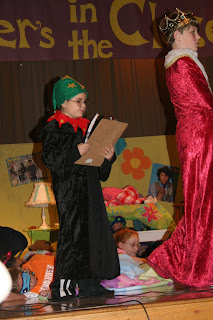 Sam as the King's Scribe 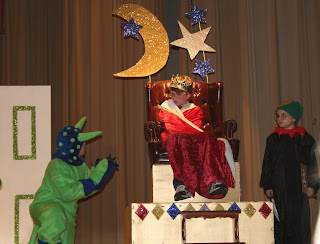 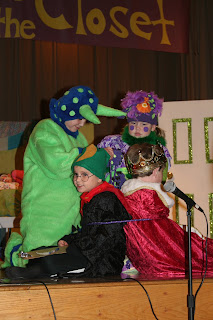 Sam and the King being captured 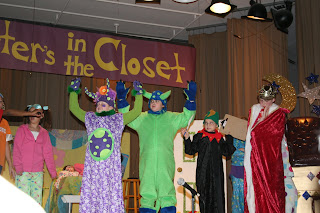 Being Held Hostage (See how tiny he is! Most of those kids are younger or in the same grade as he is. Cute little runt, though. :)

After the play, I went to Lindsay's house to get the kids sleeping stuff. Then we went to my house and I put them to bed. When I got done, Denisee called and said Lindsay was 7 cm dilated. I immediately got my stuff and left for the hospital. I got there, Lindsay said two (funny and weird) sentences to me, and then sudenly said, "Something's happening!" The nurse was in there and she checked, and yep, here comes the baby! She pushed 2 and a half times and he was here! Happy Birthday, Syler! 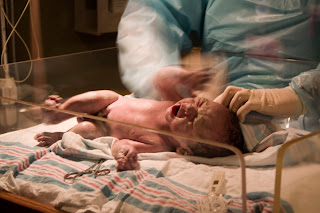 I can't believe I made it JUST in time!! Yea! He looks just like Taylor. He is so cute. They wisked him away and we didn't get to see him again for 24 hours!! Poor Lindsay. Had a baby and didn't even get to see him. He was having some breathing issues, wouldn't eat well, and couldn't keep his body temp up. So he was stuck in the nursery, and Lindsay was on magnesium, so she couldn't leave her bed either.

The next day, I was supposed to sub in Avery's class, but when I called to check on them in the morning Lindsay told me all the baby difficulties, so I scrambled around trying to find someone to replace me, and then spent the day at the hospital. Good thing Lindsay and I can talk for hours and hours no matter how long we are together. :) it was pretty funny watching her though. That medicine really messes her up. We finally got to see him that night almost 24 hours later. 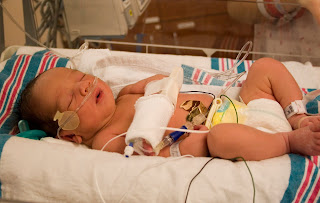 The next day, I took the kids to the zoo. AJ's work was sponsoring Cortland Finnegan's (a Tennesse Titan) charity event, and we got to go for free, walk the zoo, play games, bounce, see the Titans, etc. Avery didn't want pictures witht hem, but Sam was excited. 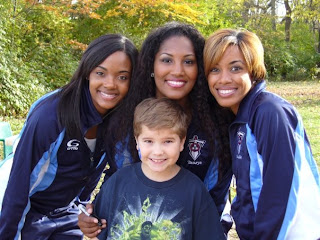 He is so proud of the footballs that all the players signed.

I took the opportunity to get some cute pictures of the boys in the fall leaves, also. 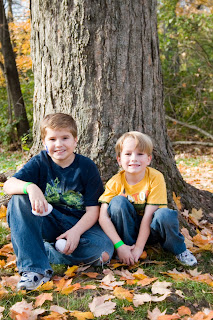 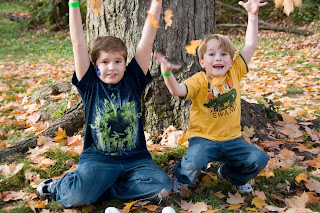 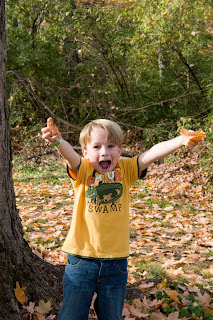 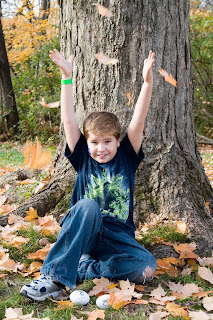 After the zoo we went to the hospital and Syler was in there with Lindsay for the first time! yippee! The boys were so excited! 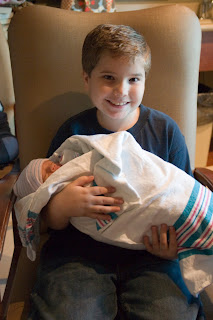 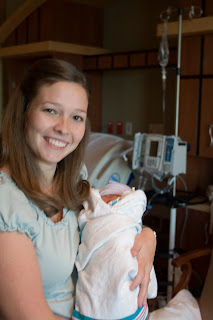 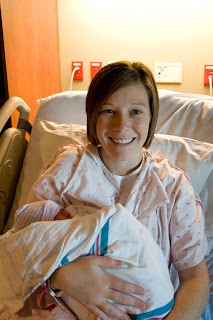 Lindsay got to come home on Sunday. At that point, they were saying Syler might have to stay until Wednesday. Linds called me on Monday and told me he was a whole different kid. He looked and acted so much better. They ended up letting him come home Monday afternoon. Yea! I spent all morning over there this morning, and I even got to give him his first bath. I'm such a good Aunt. :)

I get to watch Autumn all this week while Lindsay is recuperating. She is so good and I like having her around. :)

My birthday just happens to be tomorrow. Maybe Lindsay will let me babysit as my special present. Hint, hint. ;)

We have gone to the park every afternoon this week. I decided to take my camera today and catch some pictures.

Here is Avery showing us his new trick- crossing the monkey bars! 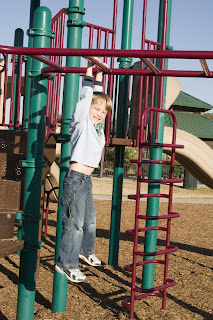 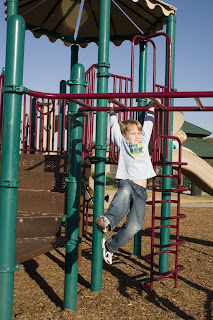 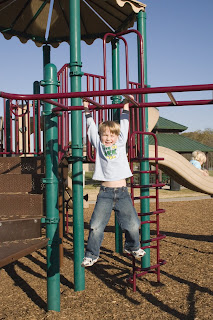 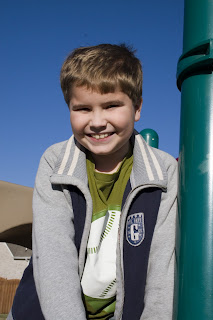 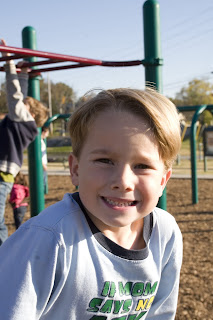 So, it isn't the weekend anymore, but at least I posted CLOSE to the weekend. ;)

Lindsay and I had out International competition 2 weeks ago. It was here in Nashville, so we didn't get to travel any where cool, but it was still fun. We actually went down 2 spots in placement, but our score was higher so it's all good. It was a super hard contest, and a few choruses that have been in the Top 10 for years, didn't make it this year. We are fine with it. Let's see what we can do in 2 years. :)

Last week, Lindsay and I spent a few hours in the hospital getting her blood pressure and contractions to stop. That was fun. She posted pictures of her humungous pregnant feet. You should go look. :) 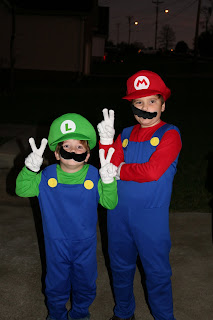 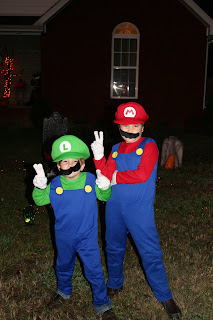 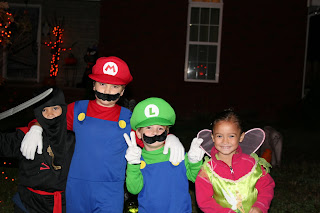 Sam's school play is coming up. He has tons of lines this year and is doing great. Next week are his performances and he can't wait. They have been practicing 2 nights a week, then he has another after school club, and cub scouts, so he is sort of ready for his life to calm down.

Avery is an emotional mess at this point in his little life. He is afraid of EVERYTHING. Thanks to AJ who showed him the scary Thriller Video after my show a few weeks ago. Not only is he a scaredy cat, but he also cries and whines about everything. 5 is not a good age for him. He has always been our happy, smiling boy, but something has changed for him in the last few months. I wish we could figure it out! Anyway, he did learn to cross the monkey bars yesterday, the whole way, all by himself, when we were at the park. he was so proud of himself. It surprised me. He seems so little to be doing that!

Today I went with Sam on a field trip. It was pretty boring, but at least it was something different for them.

I guess that is all for now. Nothing pressing is coming up soon, unless you count a new baby being born in Lindsay's family sometime soon. Happy Fall!

sssmile14
I am Mommy to 2 wonderful little boys, who always keep life exciting! I am also a substitute teacher, a photographer, a PTO Vice President, a playgroup owner, and a singer with TuneTown Show Chorus, so life stays busy for us!